Released in the Rockhouse Mini LP Collection series in 1985, this mini album contains six tracks previously released on the 1977 album.
My advice is to get the album since Tina Dawes’originals really makes the difference.
So nothing new but a beautiful object.

After Mal Gray left, Tina Dawes, aka Little Tina, took over the lead vocals duties. The band (Nick Barnes on bass guitar, Jerry Kelk on guitar, and Lesly Bailey on drums) was sharp as a razor and was ready to record. The got an offer from Rockhouse. Thus, in January 1977, the band flew to Holland and, during a four-day session, cut 18 tracks. For the recording, they hired Dave Taylor on piano.
Little Tina remains to this day one of the best female Rockabilly / Rock’n’roll singers since the golden age of the genre. She was able to sing pure Rockabilly numbers, straight in your face Rock’n’roll, Doo Wop, and ballads that no one dares to sing today, which is a pity.
She was also more than able when it came to writing songs. Next to Cupid (the ballad that I was talking about), one will find the great Need A Little Lovin. This superb dialog between Tina and Taylor’s piano is in a similar vein than Ubangi Stomp . She also penned a superb Rockabilly (Can’t Help Loving You), a western swing influenced tune (Who Else But Me) that featured hot solos by Taylor and Kelk. Other originals include Taylor’s 12’O Clock Rock and Don’t Ever Go, which he also sang. The former is a boogie with steel guitar, and the later is a beautiful slow number.
Barnes sang Cochran‘s Twenty Flight Rock and co-wrote with Kelk the country-tinged “He’s Gone.”
The remaining songs come from the catalogs of Janis Martin, Connie Francis, Wanda Jackson, Roy Orbison, Etta James, Barbara Pittman, and Frankie Lymon. Their breathless interpretation of Let’s Have A Party closes the album in beauty.

Before Tina Dawes joined the band, Mal Gray, ex-Wild Angels, briefly fronted Flight 56. They recorded this single in 1975 for Arista.
Both songs are originals and produced by Pete Gage.
Mal Gray sings the A-side, a Rock’n’roll tune with a strong glam influence.
The flip is way more interesting. It’s a classic Rock’n’roll tune with piano and sax and by bass-player Nick Barnes sings it. 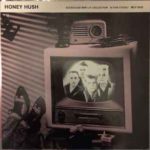 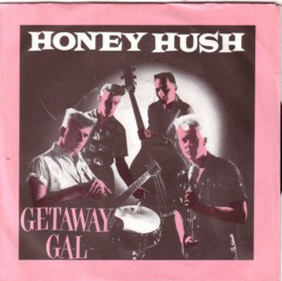