Be Bop Creek – Plan B

This French band returns with a new album and a refurbished line-up. The band is now Rocky on double bass,  Nico on guitar and Larry who joins Steve Bongo of the Deltas and Dana Stewart of the Racketeers in the club of the singers/drummers.

Be Bop Creek have some pretty cool original numbers penned by Larry in which one can hear the influence of the great figures of the genre. Emelynn Gal evokes the sound of mister Blue Suede Shoes hiumself, Carl Perkins and Waiting For the Summer, one of my favourites if that interests you, nailed that Eddie Cochran attitude perfectly. Elsewhere you can hear a bit of Johnny Burnette or some Elvis and the Blue Moon Boys

The covers are rather obscure and not your usual Sun/Meteor stuff. It’s good to hear a band that digs a bit to propose something new and finds tunes that you’ve not heard a zillion times. As much as I like this song, I guess I couldn’t hear another version of “All I Can Do Is Cry.” The most original being probably the cover of Some Kinda Earthquake’s You’ll Be Gone morphed into a hillbilly bop with additional lyrics from Larry. This also proves that those guys are open minded which is always a good thing.
They’re also a good dose of blues with Homesick Bop, a mean blues bopper with maracas, and No Squares Allowed more in the Chuck Berry vein. Although the later is not that original, Nico on guitar turns it into a great tune. This young guy sure knows how to use those six strings while Larry and Rocky lay down a perfect beat. Larry also has a mean and very good voice with no French accent.

Last but not least, Bob Butfoy of Jack Rabbit Slim / Bob and the Bearcats fame wrote the laudatory liner notes.

Be Bop Creek on the web. 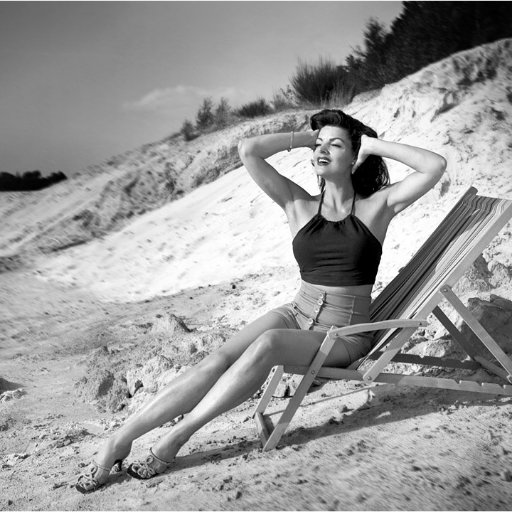 Western Star WSRC DVD 001
Good to see that Western Star is now releasing DVD’s. JRS makes quite a noise on the rockin’ scene. For good reasons I think. Their first albums are great and the latest one (Hairdos and Heartaches) is nothing less than a killer and they all sell well. This DVD could be called “In Bed with Jack Rabbit Slim” if Madonna hadn’t steal the idea. You’re invited to follow the band on the road, on stage, in the studio and much more. Bob Butfoy and the rest of the gang (Paul Saunders, Darren Lince and Landon Filler) talk about the band, their influences and heroes, their previous bands, memories of gigts and so on… External points of view are given by Mouse Zinn (Red Hot’n’Blue, Space Cadets), Alan Wilson (owner of Western Star, the Sharks), Jerry Chattabox (promoter of the Rockabilly Rave) and even the legendary Rockin’ Ronnie Weiser (wilder than ever) makes a short apparition at the beginning of the film. The interviews are peppered with live footage from different gigs and various degrees of quality. One can only regret that no entire songs are shown or even better that a complete live show is not featured at the end, but, what do you want?, the name of this DVD is Jet Lag Junk Food and JD not JRS in concert!

This is what I call a great rock’n’roll album. With their fourth album they propose a wide diversity of styles. It kicks off with “Hairdos and Heartaches” a pop song in the vein of “Needles and Pins” that seems to come straight from the sixties. “Shake Rag” follows and is radically different, but you’ll have to get used to this changes of pace. Each song is different to the one that follows. This time it’s a mean blues bopper with a terrific harp. “The Gift” comes closer to a rockabilly number and has a strong “Jungle Rock” beat. It’s a very powerful song with a blistering guitar solo.
“Skin” is what rock’n’roll should always be : wild. Not that it’s super fast or anything, it’s just full of tension and dare I say “sexual energy”. It features an electric bass for a fuller and garagy sound. And the lyrics are not your usual “I kiss you in the back of my Pink Cadillac”, far from that but don’t forget they define themselves as “sleaze-a-billy”.
But Bob and his pals know how to be sweet and smooth like they demonstrate on “Sentimentally Yours”. They perfectly nailed the sound of Gene Vincent and the Blue Caps and I can easily imagine that the band and Alan Wilson had a lot of fun doing that.
But the calm was just for a short period, they’re back with the garage sound of the Kinks’I Need You, full of sex frustration. “Everyday Gonna Be Like Yesterday” remains in the sixties but this time more in the country/rockabilly style of Rick Nelson. Twang meets blues on “Typhoon” with guitars and bass providing a solid wall of sound. Even blusier is “The Prisoner” with a fine slide guitar in the background. One of my favorite is “21st Century Bettie Page”, a rockin’ tune that wouldn’t be out of place on a Cramps album like “Stay Sick” or “Flame Job”. Then back to the pop sound with “High’n’Mighty” that sounds like an outtake of Morrissey’s Your Arsenal. Bob’s voice can be smooth or mean with equal success. The authentic rockabilly sound of “Time is a Waistin” a duet with Sue Moreno (Jack Rabbit Slim have backed her on a full album that we also strongly recommend) closes perfectly this killer platter.
As you can see it’s a very varied album and it could surprise some narrow minded listeners. But it’s always done with taste and most of all it rocks, so why should you hesitate.
As usual with Western Star the production work is perfect both clean and lively, vintage and contemporary (you’ll have to listen to understand that), in one word flawless.