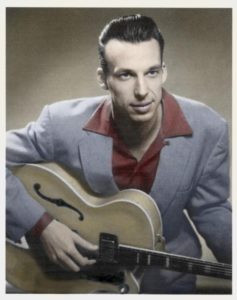 That’s a classic one I often ask, but I’m always curious to know how you discovered the music you play now ?
Randy Rich: Well, in one way we were lucky growing up in the 80’s. There was still a lot of Rock’n’Roll in TV and radio even in East Germany. One day I saw some Teds in my hometown and thought that’s the coolest look I’ve ever seen. Next thing was I started to comb my hair like Elvis and bought me a 50’s style suit. At least I thought it would look 50’s. Anyway I got more and more interested in the whole thing and realised that I liked a whole lotta stuff from that era without knowing it. One day a friend of mine teased me, that we’re not a real rockabilly gang without a band. I thought about it, bought me an Elvis songbook, and started to play guitar. A czech Les Paul model was my first instrument. Some weeks later weformed our first band “The Crazy Boys”

Tell us how you formed the band. Did you play in other bands before?
Randy Rich: As mentioned before “The Crazy Boys” were my starting point. We played mainly 50’s covers, some originals and even a few songs by modern rockabilly bands like Stray Cats or Dave Philips. In 1995 we split up and I formed the “Shakin Hoppers” where I played the piano. The drummer left us pretty soon and we put the trio “Randy Rich and The Poor Boys” together. In 2000 I moved to England where I joined the “Blue Star Boys”. But 3 years later I moved back to Germany and put Randy Rich and The Poor Boys back together in a different line up though.

I believe you had some changes in the line-up. You even had a guest vocalist.
Randy Rich: Yes we had many line up changes. On the second CD Ike Stoye is singing some harmonies on one song, but apart from that it’s just the band members singing. I always liked the idea of different people singin in a band, that gives much more variety. That is important especially if you are a trio where you’re stuck pretty much with just one solo instrument.

What about the Poorboys?
Randy Rich: Michael Kielas is on drums who played also in “The Crazy Boys” and “The Shakin Hoppers” with me. On the upright bass is Juergen Lange. He also plays with “Eddy and The Backfires”

Who are your favourite artists, your influences?
Randy Rich:  I have to say the “Million Dollar Quartet” are my heroes. Jerry Lee Lewis is probably my all time favourite, but Elvis and Carl Perkins right behind. I love the SUN Sound from Blues, Gospel to the Country side of it. It’s just amazing. I also admire Sam Cooke, Johnny and Dorsey Burnette, Charlene Arthur and so many more….
For guitar playing, I’m of course influenced by Carl Perkins, Scotty Moore, Merle Travis, Chet Atkins, Reggie Young, Al Hopson, James Burton and a dozend other great pickers

You have played, and even recorded, with rockabilly and rock’n’roll legends. How is it to “cross the line”. I mean from the fan position to the backing band.
Randy Rich: It’s absolutely fantastic. I’m so thankful that I was fortunate enough to have made those experiences. To play the songs you love together with the original artists onstage gives you real goosebumps. How can you not be thrilled to play with Janis Martin, Glenn Honeycutt or Eddie Bond. The stars I played with were also just great people and talking to them about the old times is real fun for me.

For those who didn’t have the chance to experience Randy Rich and The Poor Boys on stage, how would you describe it?
Randy Rich: Well, we try to make it as diversified as possible. I like to mix fast and slow songs, instrumentals and harmonie songs, country and rock’n’roll. We’re still using our vintage mics, amps and instrument to give the people the best possible sound for our kind of music. I even restored an old PA that we’re using for small club gigs. You’ll hear some classics, some old songs you haven’t heard before and many of our own compositions. We don’t follow a trend we just love the rock’n’roll the way it was played in the 1950’s and that’s what we’re trying to do now.

A word about your discography?
Randy Rich: So far we’ve released two CD’s on Rhythm Bomb Records, 1 EP on Part Records and last year we’ve put out a single on our own Emerald Records label. We are also the backing band for Glenn Honeycutt on his Rhythm Bomb CD.

A last word
Randy Rich: My biggest wish is, that rock’n’roll gets one day the presence on TV and radio back that it deserves. It’s the best music in the world 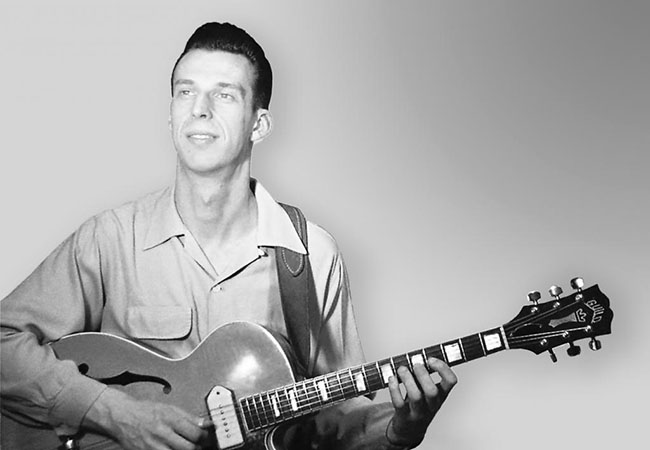 Randy Rich and the Poorboys

This interview with Shaun Young was made in two sessions. The first part took place sometime