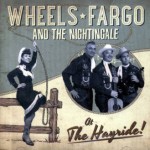 The Everly Brothers – the outtakes