The Cellmates – On Parole

The Cellmates formed in Leicester in early 1989 with Steve Orbell on vocals, Nick Withfield on drums, Kev Downes on guitar, and Mark “Moff” Moffat (previously in Go-Katz) on slap bass. They quickly started to write their own material and recorded a two-track demo. After playing some support gigs, notably for the Long Tall Texans, they caught the attention of Rage records, and they recorded their sole long-play under the direction of Roger Tebbutt (Long Tall Texans, Happy Drivers) in 1990. The Cellmates played bouncy neo-rockabilly, with special care to melodies and arrangements. To sum it up, this is not just Rockabilly played at a fast pace. The guitar is excellent and innovative; the slap bass works very well with the drums, and Orbell is a more than competent singer. Some songs show some Psychobilly influences creeping in, like The Contract, Lady Seduction, or Russian Roulette. Most tunes are originals except for three covers: Dave Diddle Day’s Blue Moon Baby, The Recalls’ Nobody’s Guy, which sounds a bit like It’s All Over Now, and Riot In Cell Block no9, which alternates bluesy parts with fast neo-rockabilly on the chorus. On Parole is a hidden treasure that deserves to be rediscovered today. The Cellmates were an excellent band. Sadly, though they began working on a second album, the label folded and the band split in 1992. Five songs remain unreleased to this day. If you like the early Long Tall Texans, Restless and the Nitros, On Parole is the album you need to complete your collection. 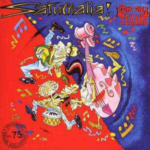 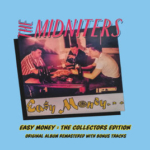 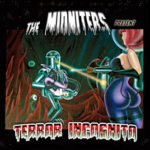 This compilation is a good snapshot of the Psychobilly scene in the second half of the 80’s. The original vinyl was the first long player released on Raucous, a label that has made a long way since. It covers a variety of styles and proves if needed that this music isn’t that easy to pigeonhole. It ranges from the up-tempo skiffle/rockabilly of the Long Tall Texans to the punkish sound of the Grovelhogs. In between you find excellent bands like the Frantic Flintstones, the Go-Katz (with an excellent psycho-hillbilly number), the Griswalds (Robbie Robot sounds like a psychobilly version of Devo!) and Spellbound. Less essential are Full Moon Freaks, Shakin’ Bones and Cosmic Voodoo.